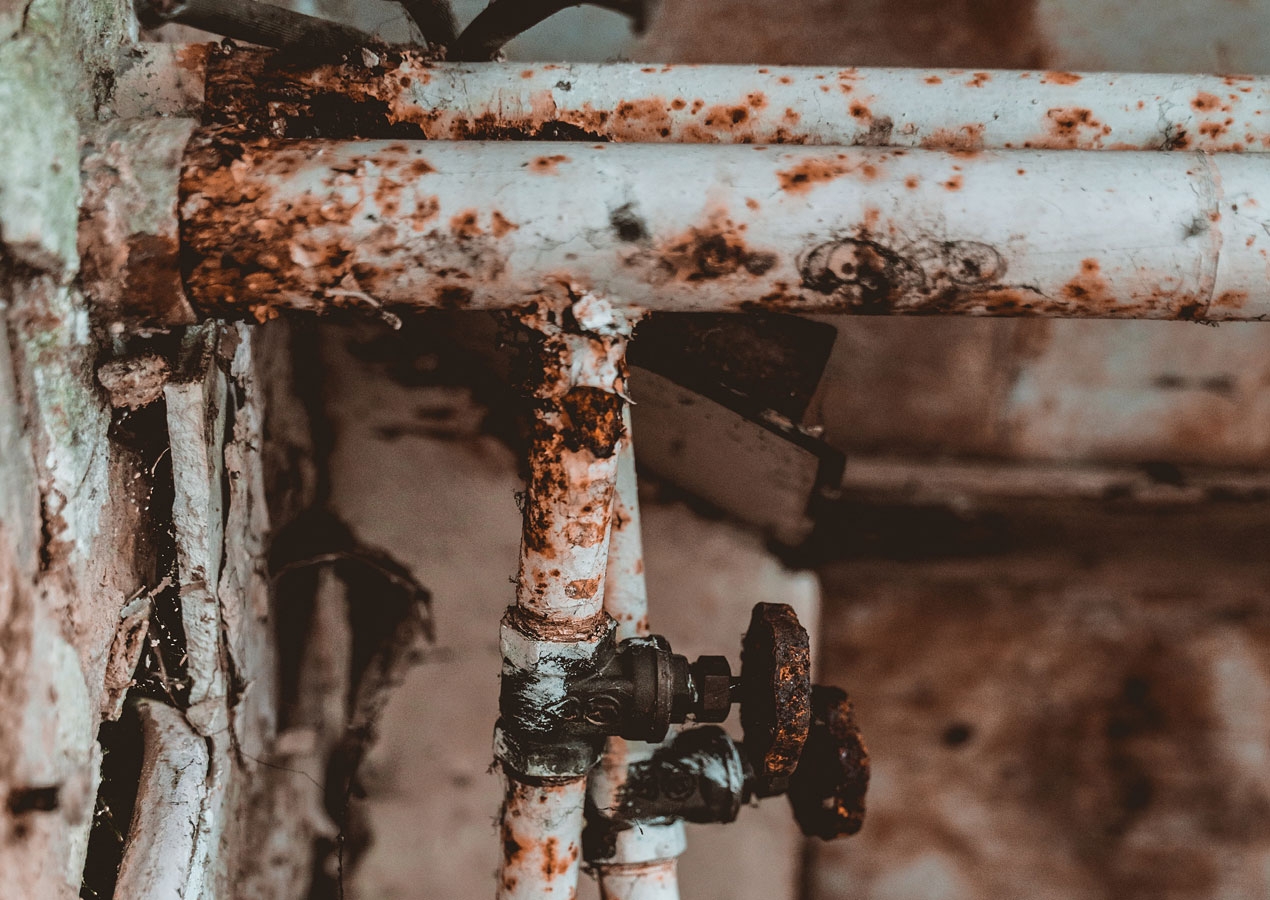 29 Sep What You Need to Know About Cast Iron Pipes

The gold standard of plumbing lines, cast iron pipes have been around for decades and are found most often in older homes, apartments and condos. Most commonly used in DWV (drain, waste, vent) systems, cast iron pipes were first utilized in sewer drainage systems due to the material’s durability, its ability to handle water and its resistance to damage. However, many cast iron systems are in homes and apartments built into most homes pre-1975 and are less likely to be found in newly built residential homes. This is due to the fact that as these lines and systems have aged over the decades, it’s been found that the cast iron material deteriorates over extended periods of time, and many homes built with cast iron DWV systems in place have started to see plumbing problem related to the pipes life expectancy, which is anywhere between 50 and 100 years. And so the question is, do you replace them? If so, with what? And—what are some of the disadvantages of having a cast iron pipeline in your home?

If you already have a home with leaking or quickly deteriorating cast iron pipes, it’s definitely time to start thinking about either replacing your DWV system with a different material or relining it. If you’re considering gutting your old pipeline—or even sections of your system—and replacing it with today’s new gold standard, you’ll likely be left making the choice between PVC (polyvinyl chloride) or ABS (acrylonitrile butadiene styrene), which are two plastic polymer-based alternatives. Lightweight, affordable and less prone to corrosion, these plastic polymer systems are much easier to repair and are considered the best options to choose from for homeowners in the current era.

Relining is also an option for homeowners looking for a solid fix while keeping their existing pipes. This involves trained specialists inserting an epoxy-based lining into the deteriorating cast iron pipes, which essentially creates a new interior lining—making the pipe as good as new. Of course, you’ll have to do this operation while the pipe still has some exterior and interior integrity, or the lining won’t be able to match the form.

For the most part, corrosion is your primary concern with cast iron pipes. It can happen in a variety of ways, however one of the primary causes of accelerated deterioration is homeowners and DIY fixers trying to use substances and acids like Drano to clear clogs in their lines. Not only is Drano—and similar brands of pipe cleaners—corrosive to metal piping, but it’s also harmful to humans and incredibly bad for the environment. More often than naught, a snaking tool or plunger is more than enough to clear up any line-related clogging

Another fault of cast iron pipes is simply long-term reliability. The longer you have cast iron pipes in your home, the higher the chance of some sort of plumbing failure. This problem only builds upon itself as cast iron pipes are very heavy and difficult to fix, leading to expensive and messy repairs. And any sewer backups created by your cast iron DWV system can lead to a variety of home issues, from water damage to pest infestations and even mold growth. Common defects with cast iron include cracks lengthwise, defective pipes and the bottom of the pipe thinning out, which inevitably causes weeping.

What Should You Do if Your Home Has Cast Iron Pipes?

First, it’s best to determine if your home really has cast iron piping in it. A qualified plumber can do a deep inspection of your abode’s plumbing system and will let you know if your entire DWV is made of cast iron or just sections. From there, they will also be able to inform you on the health and level of deterioration showing in your pipes—if they are cast iron. If everything’s looking good, you don’t need to fret about it too much—healthy cast iron is quite durable and strong, hence why it was used in the first place—however make a note of it and schedule annual or bi-annual check-ups on pipes. It’s also probably best to have some money set aside to make inevitable repairs or replacements to your current system.

If there are signs of deterioration already present in your cast iron pipes, getting those relined or replaced as soon as possible will inevitably save you big bucks in the future. (Cast iron waste pipes can last anywhere between 50 and 100 years. However, it may be time to replace cast iron pipes long before their lifetime is up.) As previously mentioned, cast iron pipes are heavy and difficult to repair, and can cause various issues for homeowners in the long run.

Is Replacing Your Cast Iron Pipes Worth It?

Depending on the size of your home and how much you’re willing to invest, replacing your cast iron pipes can be worth it for homeowners in the long run. If you’re planning to replace your cast iron pipes, 535 Plumbing can help make the repair easy with top-of-the-line customer service and flexible scheduling.

If you live on Oahu and are in need of a plumber, choose 535 Plumbing for the job! Our team of professional Oahu plumbers are highly skilled and our excellent customer support representatives will work with you to schedule your appointments at a time you most convenient. Learn more and schedule an appointment by calling (808) 300-0535, or Visit Our Contact Us Page. Mahalo!