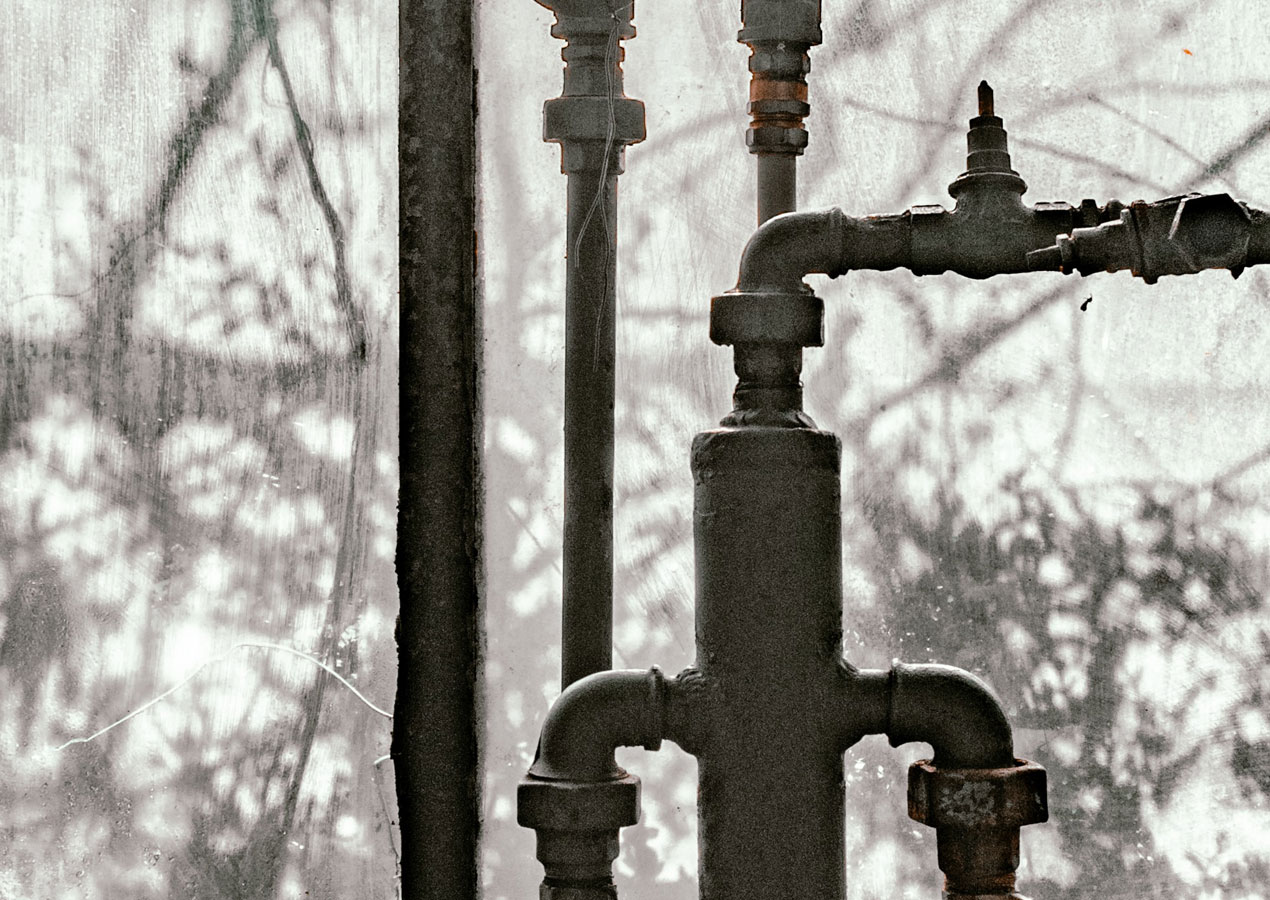 01 Aug Why You Need to Replace Your Galvanized Pipes

Like blood vessels, the pipes of your home are the main pathways and throughlines for a variety of liquids moving throughout your humble abode. So it is a no-brainer that you would want something as important as your pipes to be as healthy and efficient as possible. While most modern copper pipe systems will get you there, those with homes built before the 1960s may want to check and see if they have galvanized pipes, which should be replaced for a variety of reasons.

How To Check for Galvanized Pipes

First thing’s first, you will want to confirm that you actually have galvanized pipes in your home before you think about replacing anything. Fortunately, the process of checking what material your pipes are made out of is relatively simple. Take a screwdriver or anything with a hard pointed edge and make a small scratch on any exposed pipe. If the revealed color of the scratch looks the same as a penny, you’ve likely got copper piping. If it’s white or ivory in color, that’s plastic piping. Galvanized steel, however, has a silver or gray coloration to it. To further test your piping, you can also use a strong magnet to double check your work. Typically, a magnet will not stick to plastic or copper piping, but will fasten itself to galvanized pipes with ease.

What’s So Bad About Galvanized Pipes?

At the time of its inception, galvanized pipes were a significant step up for water lines compared to its predecessors, lead pipes—for countless health reasons. Made of steel, galvanized pipes are dunked in a protective zinc coating to prevent corrosion and rust—seems great doesn’t it? Unfortunately, after decades of exposure to water, galvanized pipes will corrode and rust on the inside.

So what does that mean for the average homeowner? Corrosion can lead to numerous inefficiencies and problems for your plumbing. Low water pressure can be caused directly by corrosion, due to restrictions in the line. And because corrosion can build up in an uneven fashion, some of your taps will have lower water pressure than others—this can also be due to certain pipes in your home being galvanized and not others, which we will touch on soon. If you notice brown stains on porcelain sinks, it’s likely caused by discolored water that has been affected by iron released by corroding galvanized pipes. Finally, given enough time, galvanized pipes will leak water into your home—possibly causing major damage and a plumbing nightmare—after the corrosion has reached a certain extent.

Lead Can Be Present in Galvanized Pipes

While galvanized pipes were made specifically to replace the old lead systems being used in homes, many galvanized pipes are not entirely lead-free. In fact, some can have up to ten times the amount of lead deemed hazardous by the Environmental Protection Agency. To prevent rust and corrosion, galvanized pipes were dipped in naturally occuring zinc, however further research has found that naturally occurring zinc is actually impure, and can contain lead and other types of impurities. Since corrosion can occur in galvanized piping, it is also possible that any pipes that have been in contact with lead plumbing—including service lines—can trap small pieces of lead which can be periodically released into your waterline.

If you have galvanized pipes, you should replace them as soon as possible. As they get older, the rust build up caused by corrosion will only get worse and can lead to very expensive problems. 535 Plumbing always recommends that homeowners replace their entire potable water system for a variety of reasons. By replacing only small sections of your pipes, you run the risk of internal rust from another area breaking free and clogging your fixtures. Furthermore, homeowners may create additional leaks as a result of repressurizing their old system when turning the water back on. And ultimately, galvanized pipes will fail over time. While the job may be a big expense, transitioning your home to copper lines will save you big bucks in the future.

If you live on Oahu and are in need of a plumber, choose 535 Plumbing for the job! Our team of professional Oahu plumbers are highly skilled and our excellent customer support representatives will work with you to schedule your appointments at a time you most convenient. Learn more and schedule an appointment by calling (808) 300-0535, or Visit Our Contact Us Page. Mahalo!