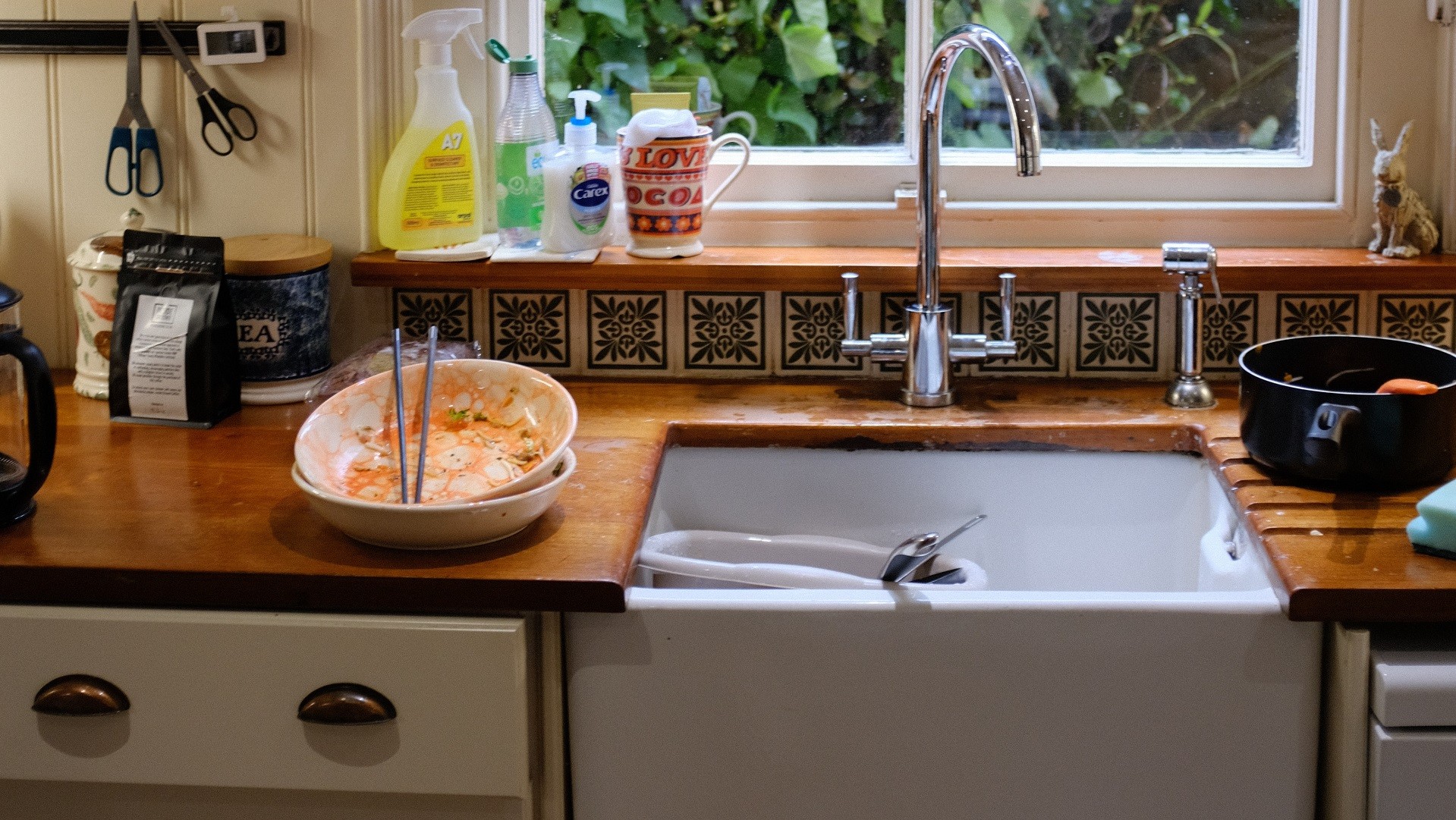 01 Feb What Can’t You Put In A Garbage Disposal?

Here is a list of food items you should never stick in the garbage disposal:

Trying to dispose of nuts and seeds in the garbage disposal may not necessarily lead to your blades breaking. Instead, the blades might not be able to grind such tiny pieces and if they do, it will create a paste that could clog your sink.

Think about it like this… Peanut butter is made by grinding up nuts into a thick, creamy paste and peanut butter is incredibly dense. Trying to grind nuts and seeds may not make peanut butter, but it could make a mess out of your garbage disposal and sink.

Shells from seafood and pits from fruit should also never go into your garbage disposal. For example, oyster shells and peach pits won’t grind down easily and could jam or break your blades, resulting in costly repairs.

In the best cases, coffee grounds will turn into a thick paste. In the worst cases, it will resemble sand. This can get into the blades and mechanical components of your garbage disposal and result in costly repairs. If the coffee grounds get ground into a paste, they could clog up the disposal and pipes.

Unlike some of the previous items on this list, pasta and rice may not immediately break your blades or destroy the motor. Actually, the problem occurs after they’ve passed the blades and sit in your pipes.

Pasta and rice absorb water and expand. Pushing pasta and rice into the sink and pipes is giving them plenty of water to absorb and could cause them to clog your sink. It’s better to dispose of these in the garbage.

Generally, most of the onion can go into the garbage disposal. However, the onion’s skin and that slimy membrane below it shouldn’t be run through your garbage disposal. This piece can wrap itself around the bottom of the blades or miss the blades completely. When this happens, it can get wedged in the drain and catch more of your food waste, causing a clog that requires drain cleaning services from your local plumber.

Even if you can cut potato skins with a knife, you still shouldn’t put them in the garbage disposal. The thin potato skins can sneak past the blades and catch other food waste in the drain, clogging your sink.

Those strings on the inside of a banana peel, the slimy stringy waste inside a pumpkin or squash, or fibers inside of rhubarb do not break down very easily when dumped into a garbage disposal. Small chunks are okay, but large pieces of fibrous fruits and vegetables will create a hard-to-clean mess in your garbage disposal.

It may be called a garbage disposal, but that doesn’t mean that you should put paper, plastic, or cardboard waste into it. Paper towels, produce stickers, candy wrappers, and other garbage doesn’t break down very well and will cause you to need to replace your garbage disposal system much more quickly.

Call your local plumber. If you’re searching for a friendly, honest plumbing repair company in Honolulu, contact 535 Plumbing. Our family-owned and operated plumbing company takes pride in helping your home function the way it’s supposed to and loves to go above and beyond for our customers. Call us today at (808) 300-0535.